REIT M&A activity is surging in 2021. Much of the focus has been on mergers—the “M” in M&A—and large new deals continue to be announced. There has also been a pickup, however, in the “A” term, or net acquisitions of commercial properties. Net acquisitions increased to $16.3 billion in the second quarter, according to the Nareit T-Tracker®, the highest quarterly total since 2015. 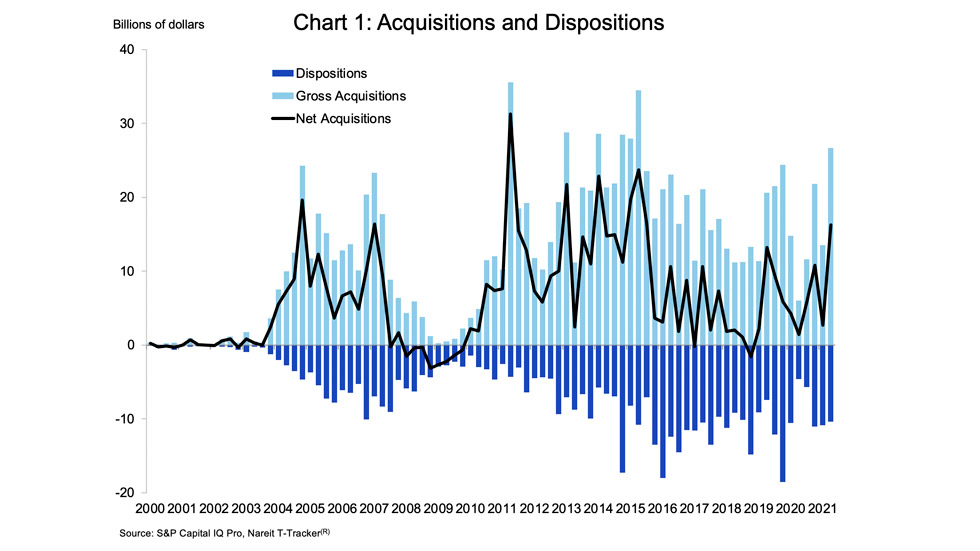 Acquisition activity in the second quarter was robust across most property sectors. Infrastructure REITs accounted for over half of total property acquisitions in the second quarter. In addition, self storage, retail, residential, diversified, specialty, office, and industrial REITs also were net buyers of real estate in the quarter. In contrast, only two sectors, lodging/resorts and health care, were net sellers. 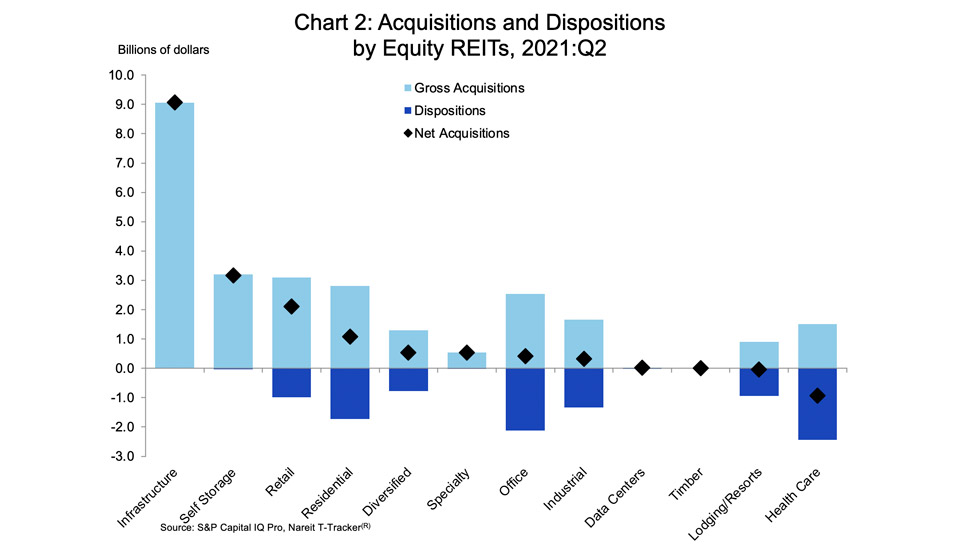 One of the structural features that has contributed to the success of the REIT model over time has been the ability to raise equity capital in public markets to finance property acquisitions. REITs raise common equity through IPOs and secondary offerings, at-the-market (ATM) programs, and also raise preferred equity. Total equity capital raised in the first seven months of 2021 exceeded $30 billion, which is close to the full-year totals for both 2018 and 2020 and is on track to meet or exceed the record issuance of $65 billion in 2012. 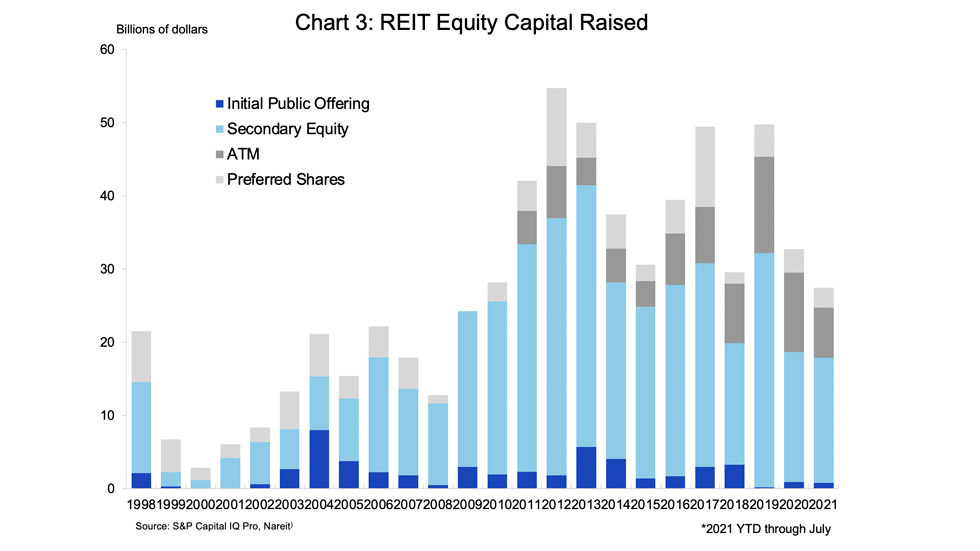 REITs respond to market price signals when raising equity capital and acquiring properties, and by following these market signals they are able to increase shareholder value. Specifically, when share prices exceed the estimated net asset value (NAV) of a REIT’s portfolio, the cost of equity capital is low relative to property valuations. It is often advantageous under these conditions to issue common stock and buy properties with the proceeds.

The low cost of capital for REITs has contributed to strong equity issuance and the large volume of acquisitions in 2021. Indeed, increases in REIT share prices have lifted the P/NAV premium into positive territory, according to many estimates, with some estimates of the premium ranging as high as 15% according to estimates by Green Street Advisors. Recent market conditions suggest that the acquisition wave may continue, as REIT share prices have continued to rally into early September, helping keep the cost of capital low. 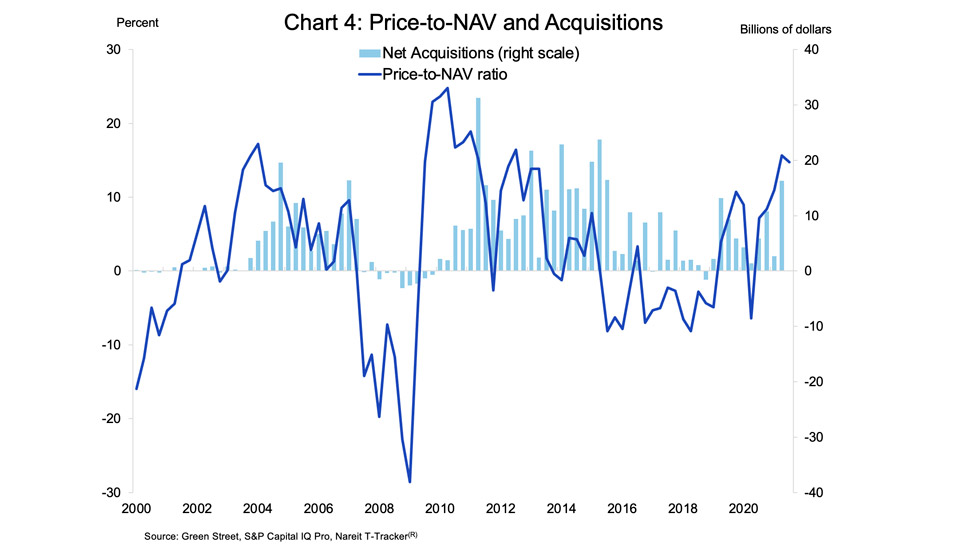