Del Taco is going through several labor-based changes as it enters the third quarter.

Many of these changes, like initiatives to attract new employees and decrease turnover, are a product of the times. With a labor shortage affecting nearly the entire restaurant industry, Del Taco CEO John Cappasola said the brand developed a holistic recruiting, scheduling, and retention strategy.

“People are the engine of this business and there has never been a more important time than now to leverage this brand strength and stay ahead of the curve, as the industry faces unprecedented labor availability challenges,” Cappasola said during Del Taco’s second quarter earnings call.

In pursuit of enhancing talent acquisition, Del Taco is testing a new digital recruiting partnership to increase its presence on job boards and simplify communication with applicants.

In specific hot-spot stores that require more help, Del Taco will implement measures like increasing starting wages and limiting dining room hours, although Cappasola said this is the exception, not the norm.

While turnover is up slightly from the previous year, Cappasola said Del Taco is still below industry average.

Even though California, where Del Taco is headquartered, increased minimum wage by $1 to $14 an hour in January, labor and related expenses as a percentage of company restaurant sales decreased 30 basis points to 32.9 percent from 33.2 percent.

“Our operators and our franchisees are just doing an outstanding job really staying focused on our people and managing the situation,” Cappasola said. “We wouldn’t be here where we are today, with having strong sales and guest satisfaction, if it wasn’t for their focus and their beliefs in driving our people-first culture at Del Taco.”

The sales Cappasola mentioned include 17.8 percent systemwide comp restaurant sales growth, 17.2 percent at franchise restaurants and an 18.3 percent increase at company-operated stores. Compared to the year before the pandemic, 2019, company same-store sales grew around 3.6 percent while franchise restaurants accelerated at a high single-digit rate.

Del Taco saw a division geographically in sales between units in and outside of California. The non-California locations, in 15 states with generally fewer operating restrictions and primarily franchise-operated, grew at a double-digit rate on a same-store basis compared to 2019 while California restaurants grew at around 4 percent compared to 2019. 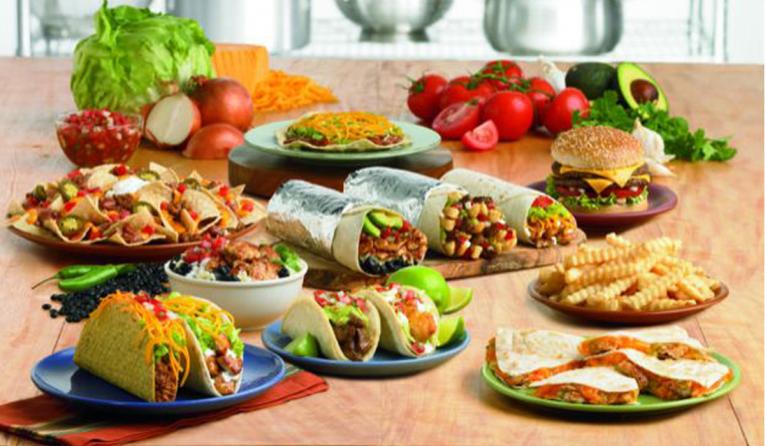 On a same-store basis compared to 2019, all Del Taco dayparts were positive, except for breakfast, with late snack and graveyard as the top-performers.

Del Taco’s changes go beyond strategies to overcome the labor shortage. Menu innovation is also key as the brand looks forward. Within the past few months, Del Taco introduced its newest Crispy Chicken flavor, Honey Chipotle Barbecue. Del Taco also relaunched its Crunchtada platform with new recipes that go along with the fried tortilla at $1, $2, and $3 price points.

On a same-store basis compared to 2019, all Del Taco dayparts were positive, except for breakfast, with late snack and graveyard as the top-performers. The breakfast daypart has since improved to flat, Cappasola said, and he senses a growth opportunity there. That’s why Del Taco brought new Double Cheese Breakfast Tacos with shredded cheddar cheese and its signature Queso Blanco to its menu.

“We believe this offering can jumpstart our breakfast sales as we approach two near-term breakfast catalysts, namely morning routines continuing to normalize as offices repopulate and the return of breakfast seasonality in the fall as kids return to in-person school,” Cappasola said.

Cappasola acknowledged the business environment remains challenging relative to the pandemic, especially with the rise of the Delta variant and COVID-19 surges across the country.

“It’s not yet impacting our business from what we can tell at this point, but we’re certainly watching it very closely just like we did during COVID,” Cappasola said.

Del Taco’s multiple quick- service modes, including drive-thru, delivery, and takeout, would lessen the burden if the pandemic did unexpectedly worsen.

Another challenge that came with the pandemic is supply chain issues. Del Taco is not the only restaurant dealing with these problems given the labor shortage. However, Del Taco Chief Financial Officer Steven Brake said the company has only dealt with packaging shortages, not the availability of products.

Food and paper costs as a percentage of company restaurant sales diminished around 140 basis points year-over-year to 25.5 percent from 26.9 percent. Brake attributed this to a menu price increase of around 4 percent and flat food inflation.

In the second quarter, Del Taco’s revenue increased 19.5 percent to $125 million from $104.6 million in the year-ago period, with company restaurant sales jumping 18.6 percent to $113 million and franchise revenue increasing 24 percent to $5.6 million year-over-year. Del Taco finished the quarter with earnings of $0.16 per share, beating estimates of $0.12 per share. 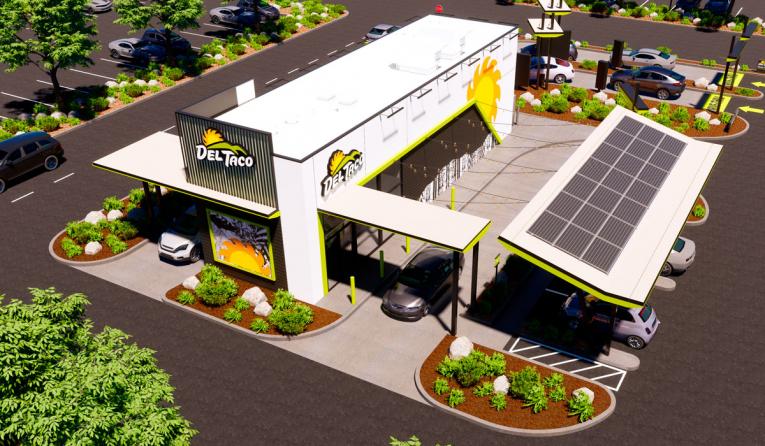 In the second quarter, Del Taco’s revenue increased 19.5 percent to $125 million from $104.6 million in the year-ago period.

With eight consecutive years of positive franchise same-store sales growth, Cappasola said the Del Taco growth strategy starts with its ability to build a franchise pipeline across multiple states, under the contemporary-feel redesigned Fresh Flex prototype. He believes the power of the Fresh Flex venues will become apparent in 2023.

Del Yeah Rewards, which will launch in September, is exactly where Cappasola said Del Taco wants to be as a brand, with a points-based loyalty program and with a tiered structure designed to motivate the reward behavior. The guest data will provide a more customized one-on-one experience with the brand.

“I don’t think it’s [the loyalty program] something that you turn on overnight,” Cappasola said. “There is a massive catalyst right there, but I think that when you think about what this could do for this brand, really leveling the playing field with some of these bigger brands, is going to be a great solution for Del Taco and our guests moving forward.”

This, along with other staffing and menu initiatives, prompt Cappasola to believe Del Taco will reach 5 percent systemwide new unit growth led by franchising by 2023. This year, franchisees opened seven restaurants with two more to come. Three company-operated restaurants opened in 2021, and another following the Fresh Flex prototype is under construction in Orlando, Florida.

And this is just the beginning of Del Taco’s expansion as the company signed several development agreements this year—two for 18 restaurants in the Southeast and one for 12 restaurants across the Florida Panhandle, this year.