The recovery in commercial real estate markets is proceeding unevenly across the various property types through the second quarter of 2021, according to data recently released from CoStar. Overall, recent trends are encouraging that the recovery is gaining momentum as the economy reopens.

The sectors that had been weakest during the winter and early spring either show early signs of stabilization (office) or are beginning to improve (retail). Meanwhile, sectors that had begun to recover last year (apartments) or had continued to grow during the pandemic (industrial) saw record increases in demand, falling vacancy rates, and rising rents.

The data from CoStar do not cover other property sectors that are important in the REIT universe (including lodging/resorts, self storage, and the tech-related sectors of data centers and cell towers), but other news indicates that the economic reopening is strengthening the recovery in these sectors as well. 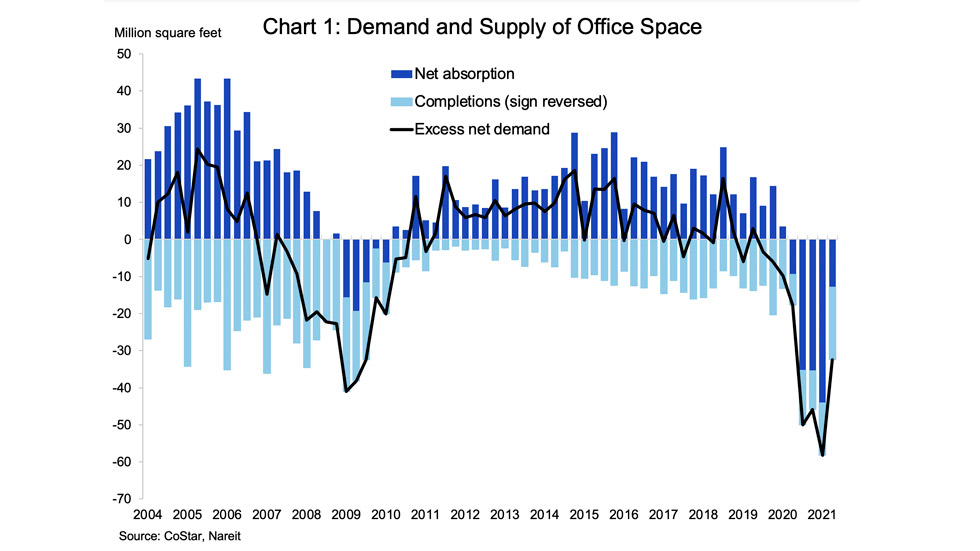 Office markets were mixed, as demand continued to weaken, but rents stabilized. Net absorption was negative 12.9 million square feet; the decline in leased office space has slowed, however, from an average negative 38.3 million square feet net absorption during 2020:Q3-2021:Q1 (chart 1). Office vacancy rates rose 37 bps, which is about half the pace of increase of the past year, and rents were little changed after four quarters of decline (vacancy rates and rent growth, charts 2 and 3). 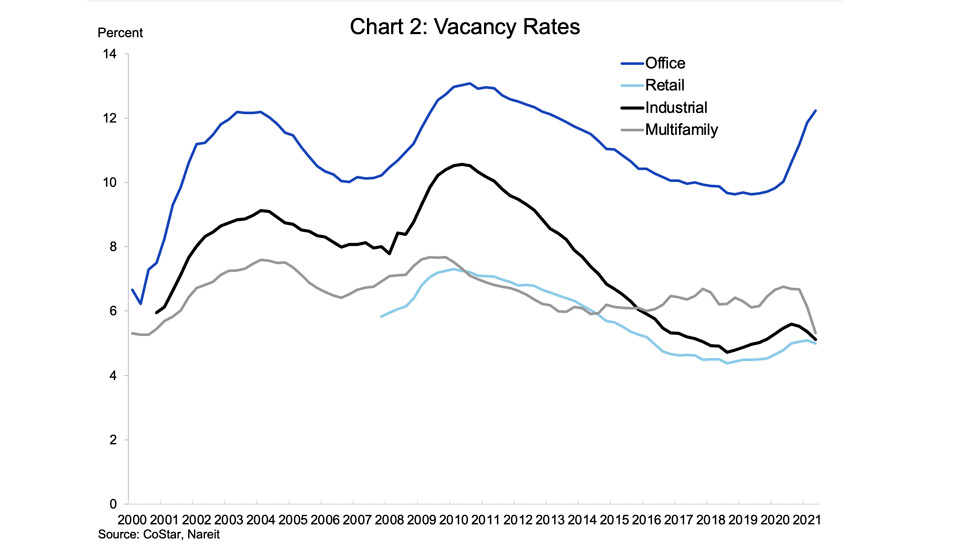 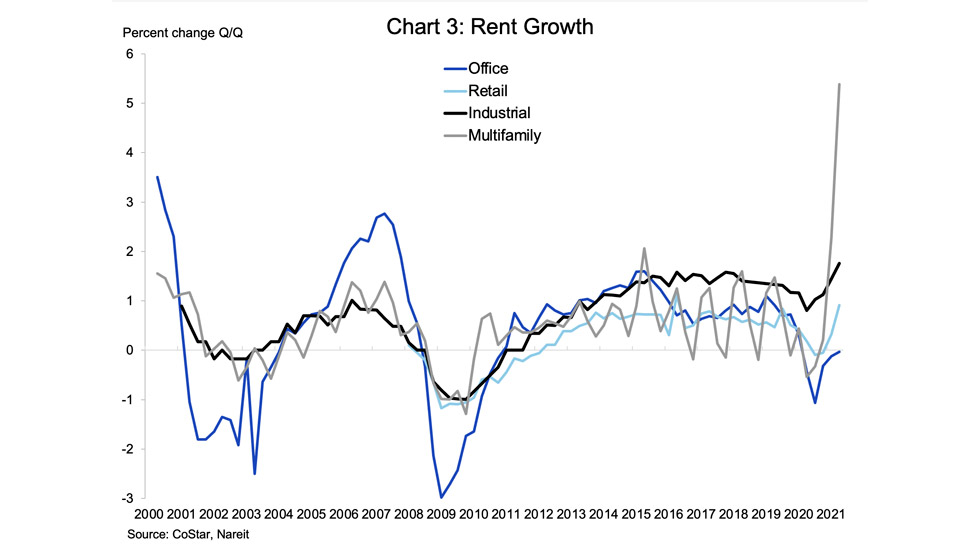 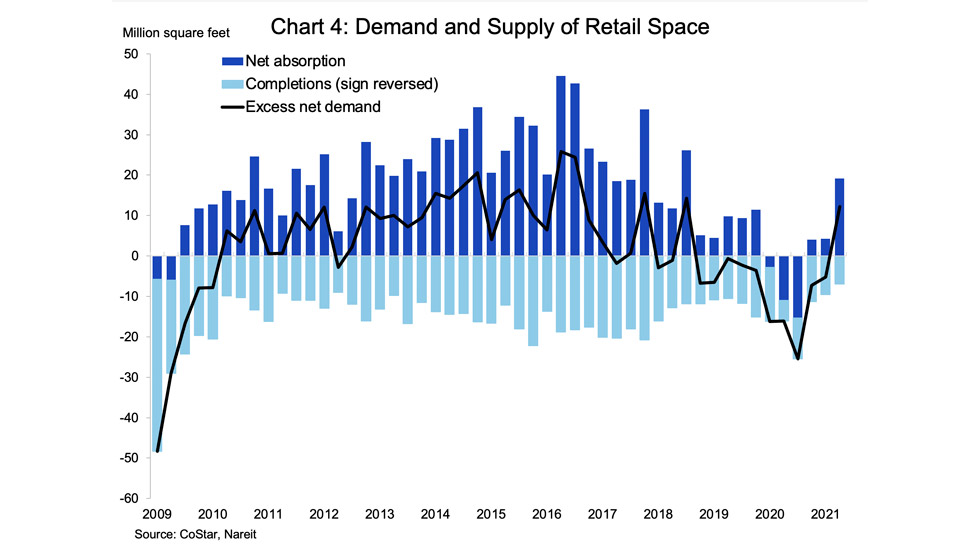 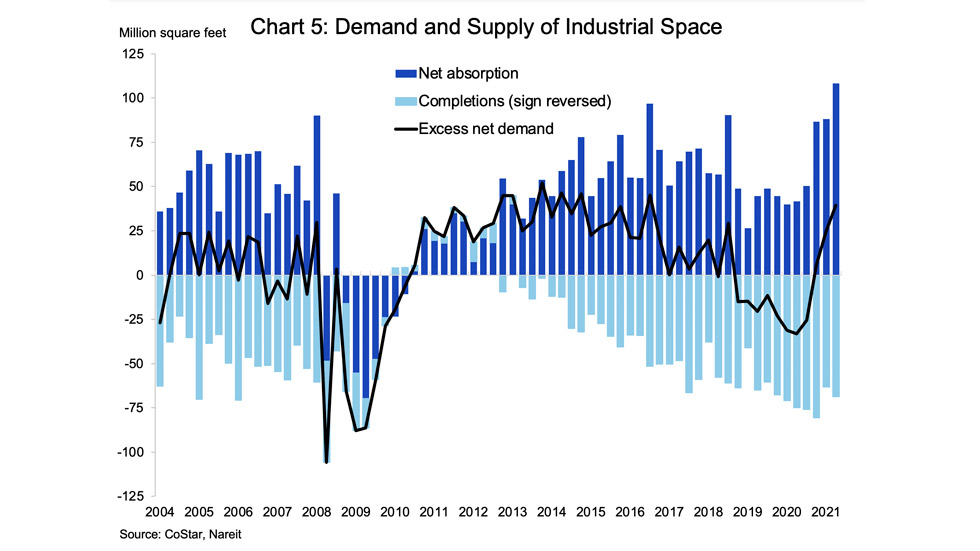 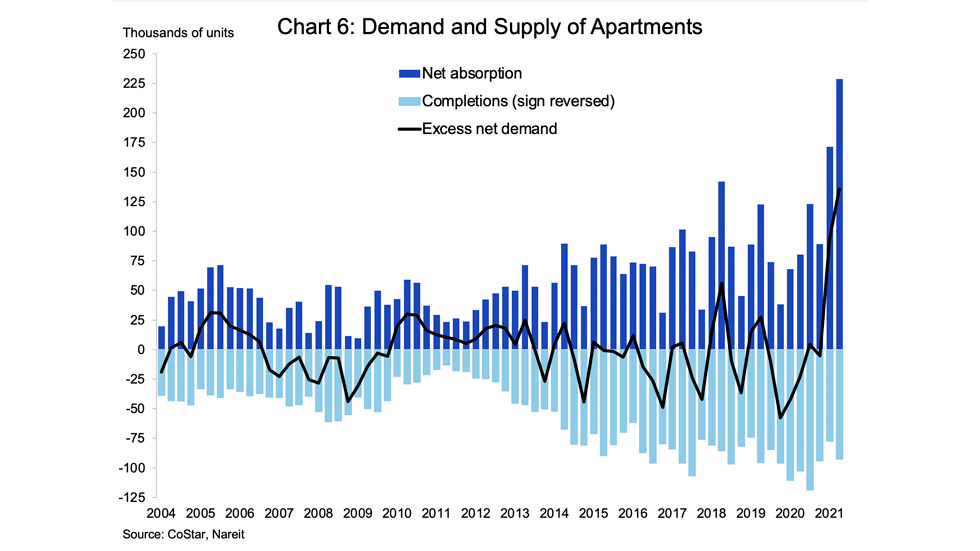 Apartment markets broke all records for demand growth, rent growth, and declines in vacancy rates. Net absorption of 228.7 thousand units compares to an annual average of 195 thousand units between 2000 and 2019 (chart 6 (quarterly data) and chart 6a (trailing four-quarter sum, to smooth out seasonal leasing patterns)). Vacancy rates were down 80 bps, to 5.3%, the lowest since 2000. The quarterly increase in apartment rents was a record 5.4%, and apartment rents are 7.7% higher than one year ago. 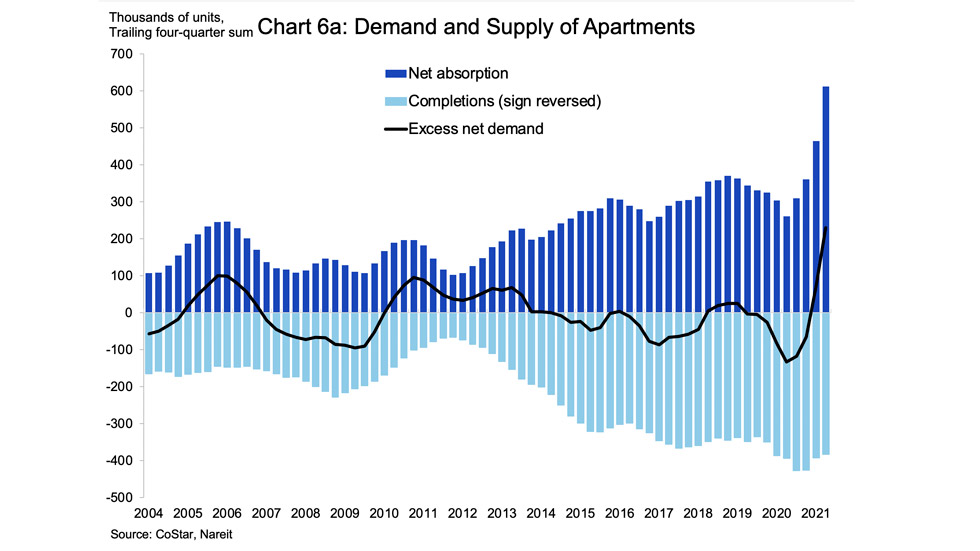